Does Chocolate Cause Acne?

I usually stay far away from chocolate, because I swear it causes me to break out.  But this past Christmas, I allowed myself to indulge a little bit more than normal.  I am breastfeeding my five month old son, and I justified my chocolate consumption by telling myself I needed the extra calories.  It was absolutely wonderful.

Then, the not so great part.  As I expected, I started to break out.  As a chronic acne sufferer, I work extremely hard to keep my skin clear (thus, my career), and any break-out sends my mind spinning.  Why, oh why?  I know that the culprit is chocolate, but isn’t dark chocolate supposed to be a terrific anti-oxidant with a super ORAC rating?  Shouldn’t it make my skin glow?

Then, I found the study and the explanation.  A study presented at the American Academy of Dermatology (AAD) 69th Annual Meeting in February 2011 found that chocolate does indeed exacerbate acne in those prone to develop acne lesions within days of consumption.

The study, conducted at the University of Miami Miller School of Medicine, was limited to males because the researchers did not want confounding influences of female hormones, which may affect acne around the menstrual cycle.  Men in this study consumed 6 ounces of 100% Ghirardelli chocolate (dark chocolate), which they washed down with a glass of water. And they maintained their usual diet for 1 week.

The study found a strong correlation between the amount of chocolate that was consumed and the amount of acne lesions that developed.  Individuals also reported headache, nausea, gastrointestinal distress, vomiting, and diarrhea during the study.

It seems that the darker the chocolate, the more it tends to cause break-outs, and theobromines, which are the alkaloids found in the cocoa bean, are thought to be the instigators of this unfair occurrence.  The mechanism of action has not been determined, but it doesn’t matter.  I officially have to choose between clear skin and chocolate.  I am too upset to write anything more. 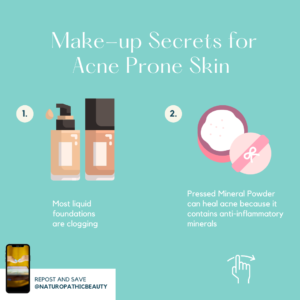 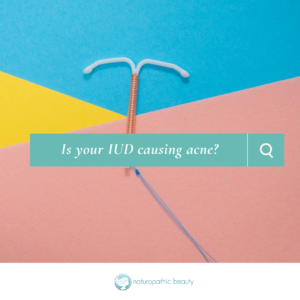 Is Your IUD Causing Acne?